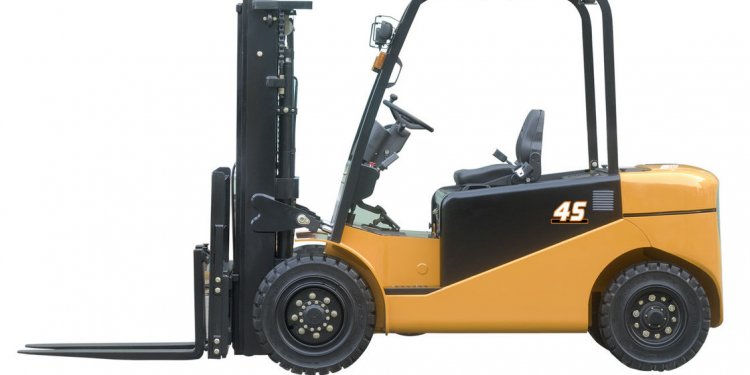 Did the pallet come first, or was it the forklift. This question was posed decades ago by the earliest pallet industry pioneers such as the late Bill Sardo, the first president of the National Wooden Pallet & Container Association and it still comes up today. The correct answer depends on how we define “pallet.”

Pallet-like structures have been used as bases for at least a few hundred years for applications such as the safe stacking and stabilization of kegs. Skids, may in fact, have been used as long ago as the 1st millennium BCE.

Let’s look at the definition, which describes a pallet as “a small, low, portable platform on which goods are placed for storage or moving, as in a warehouse or vehicle.”

If one is to follow the definition at Dictionary.com, then these structures were pallets in that they were used for storage, and they did indeed predate the lift truck. They did not, however, facilitate the transport of goods, which most professional definitions for pallets would prescribe to be an important part of an accurate description. The appearance of unit-load bases designed to move goods takes us to to the very late 1800s.

The predecessor of the wooden pallet was the wooden skid (often combined with iron or steel components), which consisted of stringers or legs fastened to a top deck. It first appeared in American factories in conjunction with the low lift truck. A crude low lift hand truck was invented in 1887 that could elevate a skid a few inches by manual means. A more durable, all-steel low lift truck design was introduced in 1909. Early lift trucks had a lift platform. The appearance of forks came later. Skids were classified as “live, ” containing casters on the base for manual positioning of the skid, or “dead” if they did not have casters.

With the introduction of the high lift fork truck in the last half of the 1910s, the stage was eventually set for the eventual introduction of the bottom pallet deck, resulting in the modern pallet. As early as 1926, the essence of the modern lift truck had been developed. Now, pallets no longer were simply a means of moving materials within the plant. High lift trucks made possible vertical stacking of unit loads and a resulting dramatic improvement of warehouse and plant storage efficiencies. Several early pallet patents exist, and these are referenced at in its discussion of the pallet.

The pallet evolved in stages. Spacers were used between loads to allow fork placement and withdrawal, progressing to the placement of boards atop stringers to make skids. This facilitated the stacking of a greater range of loads. Lift trucks came to be commonly referred to as “tiering” trucks because they were used to stack unit loads of product. Eventually boards were fastened to the bottom to create the modern pallet. The development of the pallet eliminated the potentially unsafe and time consuming practice of the operator frequently climbing out on the front of the lift truck to place the 2x4s between unit loads, while reducing the risk of stringer collapse. The development of the bottom deck benefited the unit load base in a number of ways, including better distribution of weight over the load below, as well as less risk of pallet stringer collapse.

Trade magazine advertisements from the 1920s provide the first evidence of pallets being shipped by rail domestically in the U.S.

Pallet development further evolved with the development of 4-way entry and alternative material pallets in the 1940s. During World War 2, the use of the pallet and forklift would become a key component of the U.S. military logistics strategy. See for example, “Why Use Two When One Will Do.” After the War, the use of pallets became increasingly popular in industry. But more on that for a future instalment.

In the final analysis, most pallet professionals would say that the forklift came first, and the pallet came later. Based on more commonplace definitions, however, such as offered at Dictionary.com, you could also be right in saying that the pallet came first.


If you want to know how much does it cost to ship a car, you have to understand that there are numerous auto transport companies that provide shipping services and not all of them are equal. That is why before signing a contract, it is important to do a little research and to find out the difference between the prices offered by different carriers. This easy step will help you to learn about the most suitable transportation option for you.