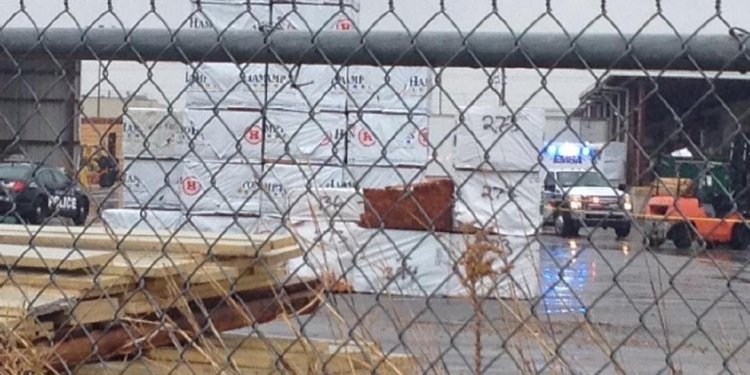 Once a thriving product for movers and contractors available at a dozen big-box retailers including Wal-Mart, Target and AutoZone, Forearm Forklift has been ravaged over the past half-decade by counterfeiters, mostly selling on Amazon. Scores of merchants have copied the patented product, using its name, images and labels and undercutting the real Forearm Forklift on price.

When "Good Morning America" viewers go online to buy a set, which retails between $20 and $25, odds are they'll be purchasing someone else's product.

"It just keeps funneling business to the knockoffs, " said Lopreiato, 48, whose wife Sophia also works at the company and traveled with him to New York. "It's almost like winning the lottery if they choose our item."

Forearm Forklift is hanging on by a thread. The company is down to 21 full-time employees from 52 at its peak and recorded less than $500 in profit last year. Annual revenue in 2008 topped $4 million and has since plunged 30 percent. Retailers stopped placing orders because they were finding what appeared to be the same thing online for much cheaper.

Lopreiato has diversified his product line, adding a harness for the shoulders, a strap that goes over a single shoulder and straps for carrying boxes. But nothing has come close to replicating the success of his flagship Forearm Forklift.

"We're competing with people who are stealing our brand, stealing our pictures and stealing our intellectual property, " Lopreiato said in an interview last week from his 20, 000-square foot warehouse in Baldwin Park, about 20 miles east of Los Angeles.

Amazon's growing dominance in commerce brings with it plenty of collateral damage. The counterfeit problem, in particular, goes largely undiscussed by CEO Jeff Bezos and ignored by investors and analysts.

The stock has climbed 37 percent over the last 12 months making Amazon the world's fourth-most valuable company, and 89 percent of analysts tracked by FactSet say shareholders should buy more.

Heading into the Seattle-based company's third-quarter earnings report Thursday, investor focus is on Amazon Web Services, Prime membership growth and additional investments in supply chain and fulfillment. Analysts at Pacific Crest Securities, in their earnings preview, called Amazon "one of the most disruptive forces in retail and technology today."

Conversations with merchants elicit a very different reaction. Since CNBC.com began reporting on Amazon's budding counterfeit issue in May, we've spoken with dozens of merchants that have narratives similar to Lopreiato's, but very few are willing to speak on the record out of fear of retribution from Amazon.

Lopreiato, an Army veteran and father of two middle-school daughters, said he felt compelled to tell his story.

Amazon's obsessive focus on pleasing consumers with discounts and service has come at the expense of brands like Forearm Forklift. In trying to provide the lowest-cost option for virtually every product on the planet, the company opened the doors to merchants from across the globe with little respect for intellectual property, despite an anti-counterfeiting policy that prohibits the sale of inauthentic items.

That's enabled manufacturers largely from China to take advantage of cheaper production and labor costs to compete on the Amazon market.

Some big brands have voiced their concerns.

Birkenstock said in July that it's no longer authorizing sales on Amazon starting in 2017. Last week Apple sued a distributor named Mobile Star for selling counterfeit power adapters and charging cables on the site, claiming the products "pose an immediate threat to consumer safety."

Amazon has taken steps to crack down of late by forcing new sellers of major brands like Nike, Hasbro and Cuisinart to show invoices proving the items are legitimate and then pay a fee. Third-party sellers are getting suspended in droves for activity that Amazon deems suspicious or for complaints from buyers, sparking outrage from merchants who say they're being punished for Amazon's inability to control counterfeiting.

"Amazon has zero tolerance for the sale of counterfeits, " a company spokesperson said in an e-mailed statement. "We are working closely with manufacturers and brands to identify offenders, and removing fraudulent items from our catalog. We are also taking action and aggressively pursuing bad actors in this space."

The company didn't offer a comment on Forearm Forklift's situation.

Until now, Forearm Forklift has been forced to self-police the site and take action to get unauthorized listings removed. See an infringer? Send a cease-and-desist letter. Suspicious of a counterfeit? Buy it, and prove to Amazon through a formal complaint that the listing should be taken down.

On the second floor of Forearm Forklift's warehouse, Lopreiato opens a closet filled floor-to-ceiling with cardboard boxes from Amazon purchases. Inside each, supposedly, is a version of his product.

There's no subtlety. The packaging includes not only his name and label but images of his family members and co-workers moving washing machines, armoires and exercise equipment. Open a box and find orange straps that are either too thin, too short, have loose stitching or are made of entirely different and weaker material.

A trend towards the transition to digital…
June 3, 2022

Provide an enclosed environment for your…
June 2, 2022