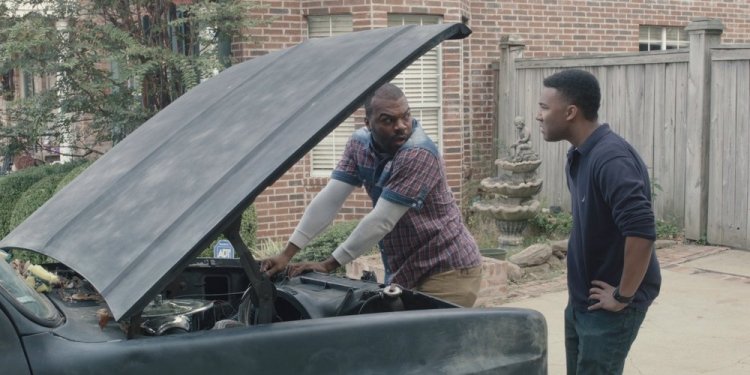 Joachim Gauck, the German president, with medics at the Virchow clinic in Berlin. Photograph: Kay Nietfeld/AP

Twelve people were killed including the truck’s registered driver, Łukasz Urban, who was found dead inside the truck’s cabin. The 37-year-old Polish national had been shot and stabbed, and German investigators suggested he may have struggled with the hijacker until the very last moment.

One of those injured in the attack was Iñaki Ellakuria, a 21-year-old Erasmus exchange student from the Basque town of Bilbao. He had been visiting the Christmas market with a couple of friends.

Ellakuria is recovering in Berlin’s Wenckebach clinic after undergoing several operations. His father, Juan José, told Spain’s El País newspaper that the procedures had gone well. Ellakuria had called him 20 minutes after the attack, the father said, and he and his wife had flown to Berlin on Tuesday morning to be at the son’s bedside.

Ellakuria thanked all of those who had come to his aid bringing “cushions, water, food, jackets, hats and scarves”. Their behaviour was exemplary, he said, adding: “I’m doing well thanks to the huge amount of medicines that they have put into my veins.”

Germany’s president, Joachim Gauck, visited four of the injured people at a clinic in north Berlin on Wednesday. “The people should know that they’re not alone, ” he said. “I reminded them of the strength they each possess within them.”

He said he had been particularly moved by his encounter with a man “who was injured because he came to the aid of others”. The man had been hit on the spine by a wooden beam and badly injured as he helped pull others from the wreckage of fallen market stalls.

The interior minister, Thomas de Maizière, said there were no children among the 12 victims, but very probably youths and foreigners. Six of the dead are believed to have been officially identified.

The remaining six are thought to include an Italian national, Fabrizia Di Lorenzo, 31, who had lived and worked in Berlin for several years. Her relatives raised the alarm on Tuesday morning when she failed to turn up to work at a logistics company. Her mobile phone and metro pass were found at the scene of the attack.

Family members flew to Berlin to give DNA samples in order to identify her. Her father, Gaetano, told the Ansa news agency: “From what my son tells me from Berlin, there can’t be any more doubt … We’re waiting for confirmation, but I have no illusions.”

German newspapers published details of other victims. Among them was a woman from Neuss, in North Rhine-Westphalia, who had visited the market with her 40-year-old son. He survived with serious injuries and is being treated in hospital. “We have to assume the worst, ” he told his local newspaper. “I saw what happened to her.”

The son said visiting Berlin with his mother was a pre-Christmas tradition. They had made the trip three timesand been due to go home on Tuesday.

They decided to drop in at the market for a final drink. He said he heard a sound like fireworks going off “which suddenly got closer … I was dragged completely through the [wooden] stalls”.

The Israeli newspaper Haaretz reported that an Israeli citizen had been missing in Berlin since Monday evening. Dalia Elkayam was at the market with her husband, Rami. He survived the attack and was recovering in hospital after two operations. The newspaper quoted Israel’s ambassador to Berlin as saying it could not be ruled out that Dalia had died.

Germany’s Tagesspiegel newspaper spoke to René Köchel, who had worked on one of the stalls at the market since the 1990s. Speaking on someone else’s mobile – his was under the rubble – Köchel said he had just served mulled wine to a couple of customers when “the lorry came down upon us”.

He said: “I and a colleague jumped to the side. Then I saw the lorry’s wheels.” Köchel said he fell over and his stand fell on top of him. “I was then able to crawl out, ” he said. He injured his leg and lost some blood; in hospital he received several transfusions. There he rang his relatives to tell them he was OK. “Of course my family were worried, ” he said.

Details have emerged of the emergency response to the attack. Hospitals across Berlin triggered a catastrophe alarm which sent automated messages to all medical consultants, registrars, surgeons, surgical nurses, intensive care staff and anaesthetists alerting them to the emergency and ordering them to get to their departments as soon as possible.

Many of the 48 injured people were brought to the Virchow clinic of the Charité, Europe’s largest teaching hospital, which specialises in emergency medicine and has a trauma centre. The most common injuries among patients arriving there were broken legs and pelvises.

The priority for medical staff was to stop internal bleeding – the closer the injuries are to the torso, the more dangerous they are – and to stabilise bone and soft tissue injuries. By 11pm on Monday night, the most seriously injured patients had been stabilised.

Of the 16 patients still in a serious or life-threatening state on Wednesday, at least one had been put in a medically induced coma, a method often used to help ease pressure on the brain.

Dozens of people are being treated for post-traumatic stress disorder at a specialist unit at Berlin’s St Hedwig’s hospital which has extended its outpatient consulting hours to cope with increased demand.

Search through thousands of technical…
January 3, 2022